An exciting game of Friday night footy with just ten points separating the teams in the end. Darwin Buffaloes had a chance to win the game in the final term with a kick from the pocket by coach/captain Matt Campbell. Which could’ve been a set shot on goal however the ball bounced off the chest of the Buffaloes player and the opportunity was missed. Two majors from Alwyn Davey in the succession during the last quarter gave Palmerston the momentum they needed to get them over the line. For their first win of the season.

This was an exciting game to watch, a see-sawing scorboard as both teams gained momentum and dominance at different point of the game. Mid-way through the third quarter it was anyone’s game with the scores all tied up at 70 all. However, Wanderers broke away in the final quarter by four goals to seal the win for themselves and Simon Bates’ 100th milestone game.

St Mary’s got off to a good start kicking five goals - none in the first quarter, a lead of which Waratah just never recovered from. After losing the first three games of the season St Mary’s had brought back a few of their gun players in hope that they could come out on top in Round 4. Waratah however, had come of the back of a win last week and maybe were over confident coming into the game, but they proved to be no match for St Mary’s who walked all over them with ease in this game.

A match that promised to be an exciting contest with first versus second on the ladder turned out to be the opposite with Southern Districts coming out firing in the first quarter and Nightcliff couldn’t find their way back into the match. Nightcliff became more competitive in the second quarter, but ill-discipline proved costly as the team gave away four fifty metre penalties in the second and third quarters. Southern Districts’ class throughout the day was a step above as their players were often first to the ball and they now remain the only team undefeated.

AFLNT is comfortable with the approach both the Tiwi Bombers and Waratah are taking to handle the matter of members of their team allegedly taking alcohol and drugs onto the Tiwi Islands on Saturday. 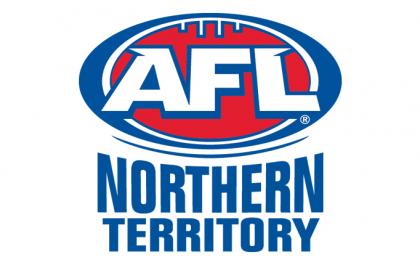 AFLNT is aware of an investigation the Northern Territory Police is undertaking regarding members from the Tiwi Bombers vs. Waratah TIO NTFL Men’s Premier League match attempting to take alcohol and drugs into the Tiwi Islands on Saturday night.

Only one incident across the senior divisions of the round 13 matches. 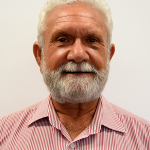 David Ross appointed to AFLNT Board 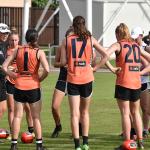 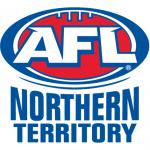 AFLNT would like to congratulate all the umpires appointed for a game on Men’s Grand Final Day this Saturday 17 March at TIO Stadium. 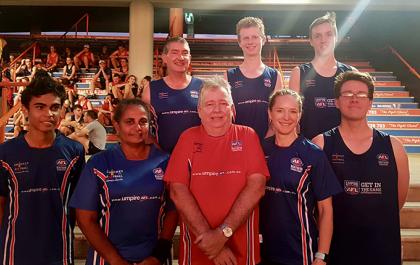 All the results from the TIO NTFL Round 7 Men's Premier League games.